Connection between Migraine and diet.

Researchers at University of California San Diego School of Medicine have found that the mouths of migraine sufferers harbor significantly more microbes with the ability to modify nitrates than people who do not get migraine headaches. The study is published October 18 by mSystems.

Nitrates, found in foods such as processed meats and green leafy vegetables and in certain medicines, can be reduced to nitrites by bacteria found in the mouth. When circulating in the blood, these nitrites can then be converted to nitric oxide under certain conditions. Nitric oxide can aid cardiovascular health by improving blood flow and reducing blood pressure. However, roughly four in five cardiac patients who take nitrate-containing drugs for chest pain or congestive heart failure report severe headaches as a side effect.

The bacterial gene sequencing found that bacterial species were found in different abundances between people who get migraines (migraineurs) and non-migraineurs. In terms of bacterial community composition, the team did not find huge differences in either fecal or oral samples from migraineurs compared to non-migraineurs.

The team then used a bioinformatic tool called PICRUSt to analyze which genes were likely to be present in the two different sets of samples, given the bacterial species present. In oral samples, these genes were significantly more abundant in migraineurs.

Eliminating that morning cup of coffee, consuming processed foods high in nitrites or monosodium glutamate (MSG) and enjoying too much alcohol are potential headache triggers for individuals battling migraines, says Vincent Martin, MD, professor in the Department of Internal Medicine at the University of Cincinnati (UC) College of Medicine.

There are two different approaches to preventing headaches with diet. The first approach would be an elimination diet that avoids foods and beverages known to trigger headaches. The second approach would be follow a comprehensive diet whose very composition may prevent headaches, explains Martin, co-director of the Headache and Facial Pain Center at UC Gardner Neuroscience Institute and an expert in the area of migraine.

“One of the most important triggers for headache is the withdrawal of caffeine,” says Martin, who also sees patients at UC Health. “Let’s say you regularly pound down three or four cups of coffee every morning and you decide to skip your morning routine one day, you will likely have full-fledged caffeine withdrawal headache that day.”

That said, too much coffee may also present a risk, no more than 400 milligrams daily — one cup is 125 milligrams — is probably the maximum for migraine patients, says Martin. “Large amounts of caffeine can bring on anxiety and depressive symptoms as well as headaches,” he explains.

Nitrites are preservatives food in processed meats such as bacon, sausage, ham and lunch meat to preserve color and flavor. Martin says a diary study found that five percent of individuals with migraine were statistically more likely to have an attack on days when they consume nitrites. Use of nitrites in foods has declined with stronger government regulation though checking labels remains a good idea, he explains.

Alcohol is one of the most commonly reported dietary trigger factors for migraine and studies suggest vodka and red wines, especially those with highest histamine content are problematic, says Martin.

One of the most promising diets for those with more frequent attacks of migraine is one that boosts your omega-3 fats while lessoning your omega-6 levels and that means tossing out polyunsaturated vegetable oils (corn, sunflower, safflower, canola and soy) in favor of flaxseed oil, says Martin. Foods to consume would include flaxseed, salmon, halibut, cod and scallops while those to avoid would be peanuts and cashews.

A high percentage of children, teens and young adults with migraines appear to have mild deficiencies in vitamin D, riboflavin and coenzyme Q10 — a vitamin-like substance found in every cell of the body that is used to produce energy for cell growth and maintenance.

Previous studies have indicated that certain vitamins and vitamin deficiencies may be important in the migraine process. Studies using vitamins to prevent migraines, however, have had conflicting success. 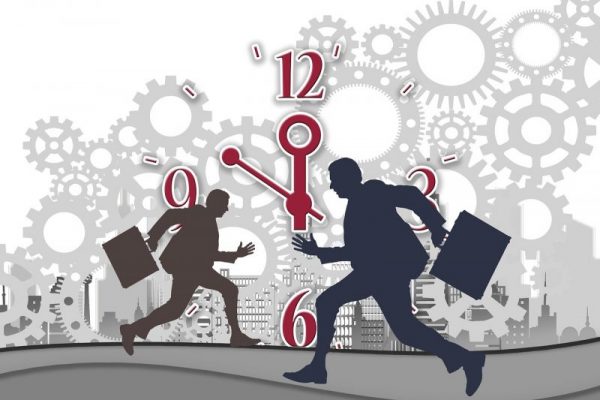 You can find out more about which cookies we are using or switch them off in settings.

The website SalvumClinic.com uses cookies so that we can provide you with the best user experience possible. Cookie information is stored in your browser and performs functions such as recognising you when you return to our website and helping our team to understand which sections of the website you find most interesting and useful.

Strictly Necessary Cookie should be enabled at all times so that we can save your preferences for cookie settings.

If you disable this cookie, we will not be able to save your preferences. This means that every time you visit this website you will need to enable or disable cookies again.

In particular, this website uses Google Analytics, a web analytics service provided by Google, Inc. with headquarters in the United States, with headquarters at 1600 Amphitheater Parkway, Mountain View, California 94043. For the provision of these services, they use cookies that collect information, including the user's IP address, which will be transmitted, processed and stored by Google in the terms set in the Google.com website. Including the possible transmission of such information to third parties for reasons of legal requirement or when said third parties process the information on behalf of Google.

The User expressly accepts, for the use of this Site, the treatment of the information collected in the manner and with the aforementioned purposes. And it also recognizes to know the possibility of rejecting the treatment of such data or information rejecting the use of Cookies by selecting the appropriate configuration for this purpose in your browser. Although this option to block cookies in your browser may not allow full use of all the functionality of the Website.

Please enable Strictly Necessary Cookies first so that we can save your preferences!

Cookie is a file that is downloaded to your computer when you access certain web pages. Cookies allow a web page, among other things, to store and retrieve information about the browsing habits of a user or their equipment and, depending on the information they contain and the way they use their equipment, they can be used to recognize to user. The user's browser memorizes cookies on the hard disk only during the current session occupying a minimum memory space and not harming the computer. Cookies do not contain any kind of specific personal information, and most of them are deleted from the hard drive at the end of the browser session (the so-called session cookies). Most browsers accept cookies as standard and, independently of them, allow or prevent temporary or stored cookies in security settings. Without your express consent - through the activation of cookies in your browser - www.salvumclinic.com will not link in the cookies the data stored with your personal data provided at the time of registration or purchase.

- Technical cookies: Are those that allow the user to navigate through a web page, platform or application and the use of different options or services that exist in it, for example, control traffic and data communication, identify the session, access restricted access parts, remember the elements that make up an order, perform the purchase process of an order, make the application for registration or participation in an event, use security elements during navigation, store content for the broadcast videos or sound or share content through social networks.

- Personalization cookies: These are those that allow the user to access the service with some predefined general characteristics based on a series of criteria in the user's terminal, such as the language, the type of browser through which the user accesses the service, the regional configuration from where you access the service, etc.

- Cookies of analysis: Are those that well treated by us or by third parties, allow us to quantify the number of users and thus perform the measurement and statistical analysis of the use made by users of the service offered. To do this, we analyze your browsing on our website in order to improve the offer of products or services we offer you.

- Advertising cookies: These are those that, whether processed by us or by third parties, allow us to manage in the most efficient way possible the offer of the advertising spaces on the website, adapting the content of the advertisement to the content of the requested service or to the use you make of our website. For this we can analyze your browsing habits on the Internet and we can show you advertisements related to your browsing profile.

- Behavioral advertising cookies: These are those that allow the management, in the most efficient way possible, of the advertising spaces that, where appropriate, the editor has included in a web page, application or platform from which the requested service is provided. These cookies store information on the behavior of users obtained through the continuous observation of their browsing habits, which allows the development of a specific profile to display advertising based on it.